This is the 33rd match of the KFC Big Bash T20 Leauge 2021-22. In this match, both the teams of Melbourne Stars vs Melbourne Renegades will face each other. The match will take place on January 3 at 1:45 PM at Melbourne Cricket Ground, Melbourne, Australia.

The 33rd match of the Big Bash League is to be played between Melbourne Stars and Melbourne Renegades. The Stars played their last match with the Scorchers, in which they had to face defeat. Scorchers won the toss and batted first and washed the bowlers of the stars badly and gave a target of 181 runs, from the side of the stars, their bowler bowled economical and took 2 wickets. The stars, who came to play the second innings, had a good start, their opening batsman Joe Clarke played a brilliant inning of 52 runs. After his dismissal, the whole team was scattered like cards. And the whole team was all out on the score of 130. Scorchers bowler Tymal Mills looked brilliant and took 3 wickets.
The last match of the Renegades was with the Caesars, which for some reason could not be completed. Renegades is at the bottom of the points table. Hope the Renegades do very well in this match.

The batsmen are going to get special help on this pitch, this pitch proves to be a high-run score match. The average score on it ranges from 180 to 190. The bowlers will have to devise some strategy to stop the batsmen from scoring runs.

It would be a good choice to win the toss and bowl first as it has a win percentage of 65% on the second innings.

There is a possibility of bad weather on this ground and it may rain, it will be cloudy throughout the day and the temperature will be 20 degrees.

JOE CLARK – Clarke, who can prove to be the future of the English team, has a lot of talent, he has scored 203 runs in 7 matches while playing for Melbourne Stars in the Big Bash League.
AARON FINCH – There can never be any doubt on the ability of Australia team captain Aaron Finch that his form base is still a bit shaky but he can come back anytime.

NIC MADDINSON – Renegade’s captain Nich is also performing well now as he is doing wonders with the bat as well as the ball, hope he continues to perform in the same way.
HILTON CATWRIGHT – Hilton’s performance has been excellent, he has performed well with both bat and ball although he has not got a chance to bowl in the Big Bash League 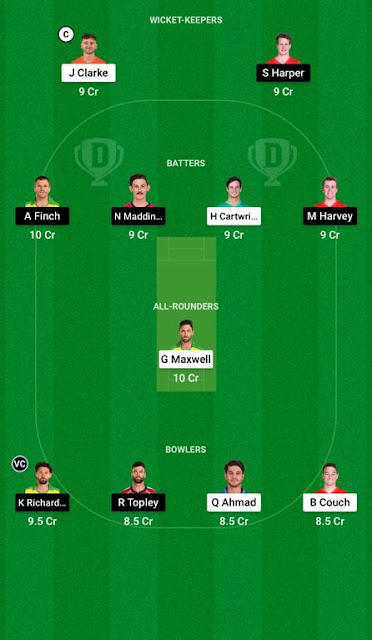 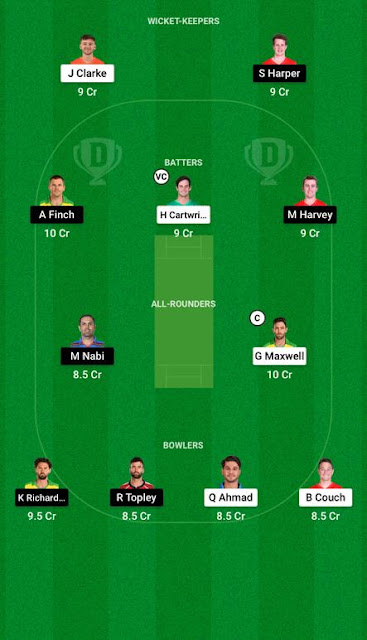