This is the 43rd match of the Pro Kabaddi League. In this match, both the teams of Puneri Paltan VS Bengal Warriors. will face each other. The match will take place on 9 JAN at 7:30 PM at Sheraton Grand, Whitefield in Bengaluru.

This is the 43rd match of this season of the Pro Kabaddi League, in this match, both Puneri Paltan VS Bengal Warriors are going to face-to-face. PUN VS BEN Both the teams had to face defeat in their last match. Puneri Paltan: The last match of the match was with Jaipur Pink Panthers, in this match PUN had to face defeat by a difference of 5 points. Puneri Paltan team is at 11th position in VIVO Pro Kabaddi League. The team of PUN has played 7 matches in this league and has won only two matches out of 7 matches. consistently losing badly in this league.
If you compare the other team Bengal Warriors with Puneri Paltan. This season PUN is performing very poorly as compared to BEN. Because the BEN team has won 3 matches out of 7 matches, it is at 8th place in the points table, out of the last 5 matches, 4 matches had to be lost. Due to their continuous defeat, it is at the bottom of Bengal’s last match was with the Haryana team, in which Bengal had to face defeat. Both the teams will come out to avenge the loss of their last match defeat.
If you have come this far while searching for your best Dream11 team. So you scroll down. And read our suggestions and build your best prediction team

Pankaj Mohite is playing for Puneri Paltan in this tournament. He has taken 21 points in the last 5 matches so far. Out of which he has taken the highest points in raid strike rate, his tackle strike rate is 25%. This is the safest player for your dream11 team of today’s match.
Maninder Singh is playing for the Bengal Warriors team. He has played 7 matches this season and added 87 points. In which he has captured a 63 percent raid strike rate. And the tackle has a 17% strike rate this is your safe player for the best dream11 team of today match

Sombir is the defender of the BEN team, he has played 4 matches for the team, in which he has added 10 points, his tackle strike rate is 50%, he is a tremendous player for the Dream11 Prediction team. You can choose them in your team.
Darshan is a good Kabaddi player, he is playing as a defender in the Bengal team, he has played 7 matches so far in this season and has taken 12 points in 7 matches, he has taken maximum points in tackles. His tackle strike rate is 34%, he is the best and safest player of the Dream11 team of today’s match. 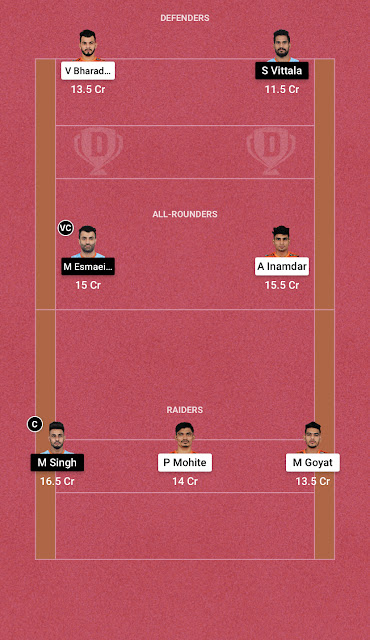 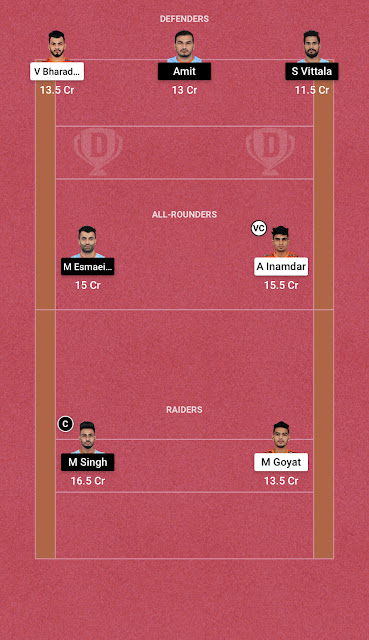