Sharjah CBFS T20 League match will be played between Brothers Gas and MGH Cricket Club. We will give you complete information. BG VS MGM Dream11 Prediction will help in team building. We will also help you with BG VS MGM Fantasy Team. It is our responsibility to provide Fantasy Cricket Tips and Updates of MGM vs BG Playing XI Team, BG VS MGM Today Match Prediction, Pitch Report More Updates, as well as BG VS MGM Live Scores.

This is the 5th match of the Sharjah CBFS T20 Leauge 2022. In this match, both the teams of Brother Gas VS MGM Cricket Club will face each other. The match will take place on January 10 at 10:00 PM at Sharjah Cricket Stadium.

Brother Gas VS MGM Cricket Club is going to have a big match, both the teams won their last match, BG team defeated the Opponent team by 93 runs in their last match. Hamdan Tahir from the BG team is a good wicketkeeper as well as a batsman on the team. He scored 101 runs in his last match which included 13 fours and 4 sixes. Another bowler, Tanvir Javed, who is a good batsman of the team, had scored 106 runs, in this tournament, the team had 2 centuries in the same match, the highest wicket from the BG team, Mohammad Azhar, who is also the captain of the team, he played the last match. Took 4 wickets. The team has a good performance and is ready to do it once again in this match.

The second team MGM had registered a brilliant victory in their last match, in the last match the opponent team scored 100 runs in 20 overs. MGM: Won the match in 11.1 overs. MGM Waqas Ali scored the most runs for the team in his last match. He scored 44 runs off 28 balls. And that included 4 fours and 2 sixes. Danish who took 3 wickets in the first match for MGM team. MGM team has played one match so far in this tournament and won it. This team is third in the points table.

It is a good option to bat first after winning the toss on this pitch and the team that bowls later has won the most matches on this pitch. We are telling you about the toss prediction of the pitch only through some records, our prediction is not 100% correct.

The sky will remain in the clear sky at Sharjah Cricket Stadium, Sharjah, the United Arab Emirates This weather is likely to be Few clouds and the temperature will be 16.78.

Hamdan Tahir who is playing for the BG team before this he played for the FUJ team. If we talk about their last 5 matches. He has scored 180 runs and his highest score is 101 in 45 balls match he played on 9th this is the best player for your dream11 prediction team

Muhammad Kaleem Hafiz and Waqas Ali who are good batsmen for the team Hafiz have scored 31 runs in the last match and Ali has scored 44 runs. This is the safest player for your Dream11 team.

Tanvir Javed, who is playing for the first time in this tournament, scored 106 runs in 57 balls in his last match. In which his 9 fours and 5 sixes were included, he scored 106 runs at a strike rate of 186. This is the safest and best player for your Dream11 team. You can choose them for your prediction team.

Ansar Khan, who is the captain of the team, scored 25 runs in his last match and also did 2 overs. In which he gave 18 runs. He had scored 65 runs in his 5 last matches, before this he had played for the SHA team. This is the best player for the prediction team.

Mohammad Azhar, who is also a good bowler and captain of the team, has taken 4 wickets in 4 overs in the last match. Prior to this, he has played for the EMB team. Took 5 wickets in the last 5 matches. Has also scored 18 runs. This is the prediction for your dream11 team today’s best player.

danish Qureshi who took 3 wickets in 4 overs. Others Bowler Mohammad Hassan took 2 wickets in the last match and did 1 over, this is a good player of your team.

BG VS MGM: Top 5 players who have been picked the most in dream11. 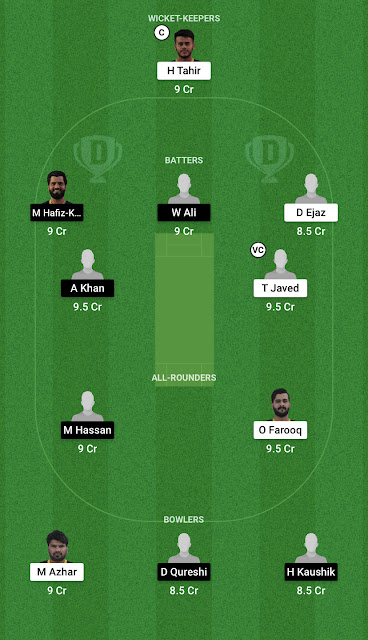 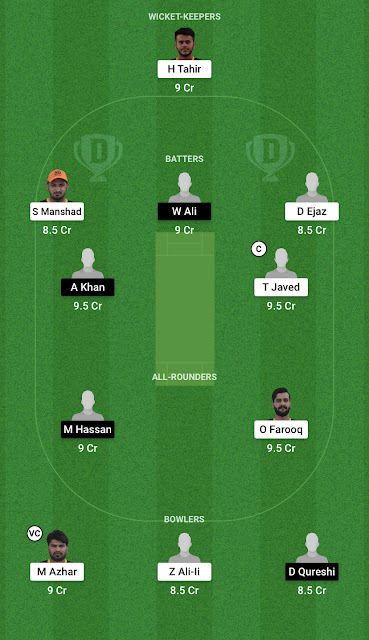