This is the 31st match of the KFC Big Bash T20 Leauge 2021-22. In this match, both the teams of Melbourne Stars vs Perth Scorchers will face each other. The match will take place on January 2 at 11:30 PM at Junction Oval, Melbourne, Australia

The 31st match of the Big Bash League is to be played between Melbourne Stars and Perth Scorchers. Melbourne Stars played their last match against Brisbane Heat which they won with 20 runs remaining. In this match, Melbourne’s Batsman beat the bowlers of the front team fiercely. Melbourne’s Joe Clarke (85) and Hilton Catwright (79) played a terrific inning of runs. Qais Ahmed and Brody Couch broke the back of the front team with their dangerous bowling, they took 3 3 wickets. Melbourne Stars finished 6th on the table with 3 wins and 3 losses in their 6 matches.
Perth Scorchers played their last match against Sydney Thunder in which they lost. Perth Scorchers’ unbeaten Colin Munro (64) and Andrew Tye (44) failed to seal the victory. Perth’s bowling looked loose in this match, only Matthew Kelly bowled well from his side and took 3 wickets.
This match between Perth Scorchers and Melbourne Stars will be played on January 2 at 11:30 AM at the Junction Oval.

The pitch at Junction Oval has been very helpful for the batsmen. It is a lot of fun for the batsmen to bat, now it has to be seen what the bowlers make strategies to stop the batsmen. The average score on this ranges from 180 to 190.

The team winning the toss will choose to bowl first, they will chase the given target. the percentage of winning in the second inning is 70%.

COLIN MUNRO – Colin Munro’s performance in this league has been excellent, he has scored 268 runs in 7 matches he has played.
HILTON CARTWRIGHT – For Melbourne, his batsman Hilton Catwright has scored 203 runs in 6 matches, hopefully, he can score a lot of runs in the coming matches as well.

GLENN MAXWELL – Maxwell’s performance has not been very good so far but he cannot be underestimated, he can surprise the team in front at any time. Hope their form returns soon
MITCHELL MARSH – Mitchell Marsh’s all-rounder performance is looking good, he took 255 runs and 4 wickets in 5 matches he played

ANDREW TYE – Andrew Tye has done exceptionally well for the Perth Scorchers, taking 11 wickets in the 7 matches he played
BRODY COUCH – His fast bowler Brody Couch has done a great job for Melbourne Stars, he has taken 10 wickets in 6 matches he has played. 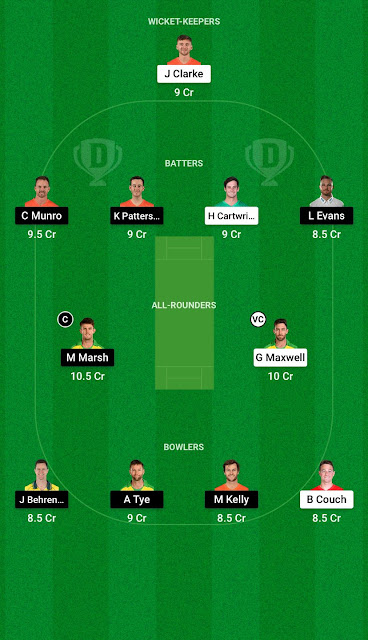 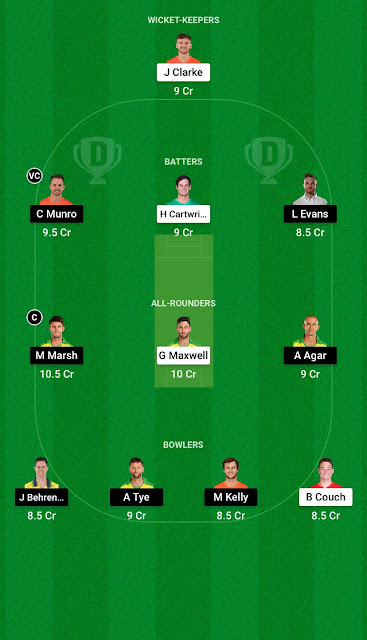