This is the 30th match of the KFC Big Bash T20 Leauge 2021-22. In this match, both the teams of Sydney Sixers vs Melbourne Renegades will face each other. The match will take place on January 1 at 2:00 PM at International Sports Stadium, Coffs Harbour, Australia

The 30th match of the Big Bash League will be played between Sydney Sixers and Renegades. Sydney Sixers played their last match against Brisbane Heat. Which Brisbane Heat won the toss and decided to bat first but Sydney Sixers proved their decision wrong and bundled them out for just 105 runs. Sean Abbott broke the back of the opposition team from Sydney, he took 4 wickets for 31 runs Sydney won their target very easily, Sean Abbott scored 37 runs from his side, which hit 2 fours and 2 sixes. With this victory of Sydney has become the table topper
The Renegades played their last match against the Hobart Hurricanes. Renegades won the toss and decided to bowl first, but Hobbert Hurricane proved their decision wrong and gave a target of 207 runs to Renegades, their bowler Reece Topley bowled well on behalf of Renegades, he took 2 wickets in 4 overs. The  Renegades batsmen showed a very disappointing performance and went down to the knees for just 121 runs. Renegades have had a very disappointing performance in this league, they are at the bottom of the points table.

International Sports Stadium, Coffs Harbour, Australia The pitch of this ground is very helpful for both batsmen and bowlers. On this spin, bowlers can get a little bit of turn. The average score of this pitch is around 150 to 160.

The winning percentage of the team batting first on this pitch is 65%. Hence the team winning the toss will opt to elect to bat first.

JOSH PHILIPPE – Josh Philippe is the leading run-scorer for Sydney Sixers, scoring 295 runs in 7 matches. He is at second place in the list of most run-scorers in this league.
MACKENZIE HARVEY – Mackenzie Harvey has been the most successful batsman for his team Renegades, scoring 191 runs in 6 matches at an average of 38.

MOISES HENRIQUES – Moises Henriques Sydney Sixers captain has been seen in full form this time. He has scored 257 runs in 7 matches he has played. This time, along with his batting, his captaincy will also have to be praised, he has kept his team as the table topper.
MOHAMMAD NABI  Mohammad Nabi has not had a special performance in this league so far, but he cannot be underestimated, he can repay the front team with his performance at any time.

SEAN ABBOT – Sean Abbott has appeared in a different style this time, he has broken the back of the opposing teams with dangerous bowling. In the 5 matches he has played, he has taken 12 wickets at an average of 11. He is the highest wicket-taker in the league
KANE RICHARDSON – As the most successful bowler for the Renegades, Kane Richardson is the only one who took 9 wickets in the matches played. 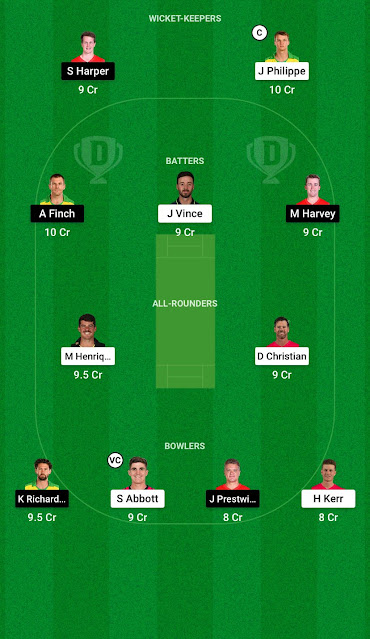 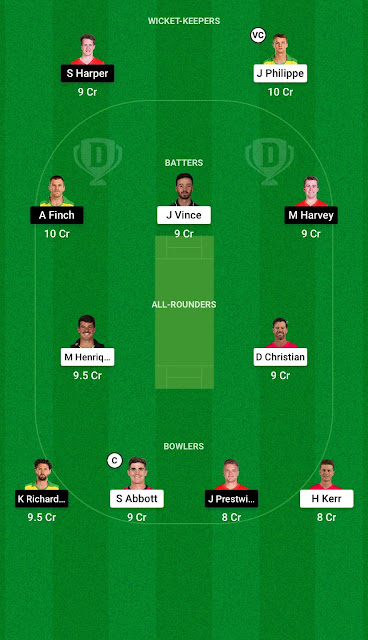