This is the 28th match of the Oman D20 Leauge 2021-22. In this match, both the teams of Ruwi Rangers vs Ghubrah Giants will face each other. The match will take place on January 2 at 11:00 AM at Al Amerat Cricket Ground Oman Cricket (Ministry Turf 1)

The 28th match of the Oman d20 league is to be played between Ruwi Rangers and Ghubrah Giants. Ruwi Rangers played their last match against Darsait Titans in which they won with 48 runs remaining. Darsait won the toss and decided to bowl first but the Ruwi Rangers batsmen proved their decision wrong. Rangers’ opener Gustav Berger’s innings of 44 helped Rangers reach the score of 147. The team of Titans that came later got piled up on the score of just 99 and Rangers won this match very easily. Rangers bowlers did their job well their bowler Mohit Patel took 3 wickets. With this win, Rangers are sitting proudly on the top of the table.
And the same Ghubrah Giants played their last match against Emirates Royals in which they defeated Royals by 4 wickets. Royals won the toss and batted first and set a huge target of 181 runs. But for the giants, this target also looked small like an ant, they had achieved this target with 4 balls remaining. Ghazanfar Iqbal played a brilliant innings of 77 runs for the Giants, in which he hit 7 fours and 5 sixes. Thanks to his innings, the Giants won this match very easily. With this win, the Giants have moved up to the second position in the points table.

If you want to watch the live score of  Oman D20 League 2021-22 matches. then you can click here to see the live score. You can easily watch on Cricbuzz and Fan code.

The pitch of this ground has proved to be very beneficial for both the batsmen and bowlers in all the matches played so far. It is a high scoring pitch as well as a wicket taking pitch. The average score on this ranges from 170 to 180.

GUSTAV BURGER– Gustav Berger is batting very well, he contributed a lot of 44 runs for his team Rangers, who helped his team win.
SHAHBAZ NASAR – Shahbaz Nasar has performed very well in the 2 matches played so far, his team would be expecting such good performance from him.

Aqil Khan has taken 5 wickets in 5 matches, he did not take any wickets in the first match. Best picker bowler in dream 11
Mohammad Nadeem His fast bowler Brody Couch has done a great job for RUR, he has taken 7 wickets in 6 matches he has played so far. 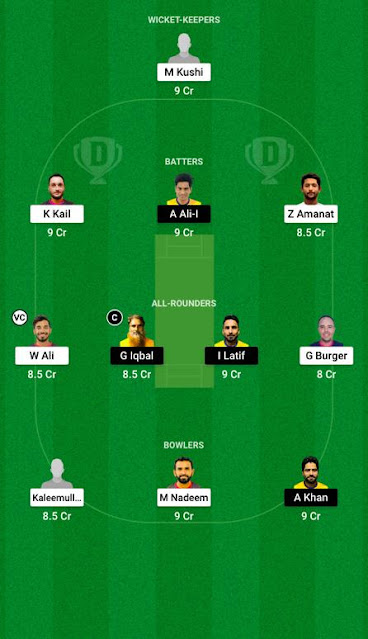 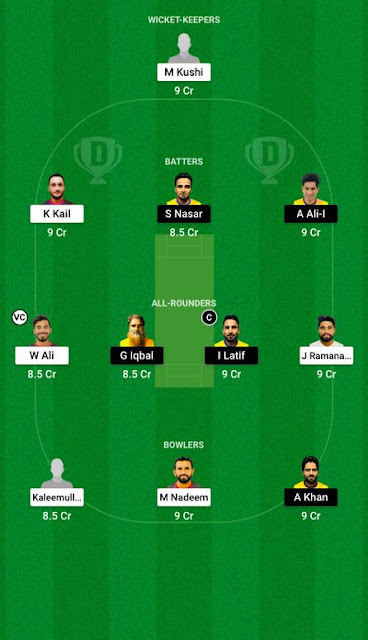