This is the 34th match of the Pro Kabaddi League. In this match, both the teams of Puneri Paltan VS Gujarat Giants will face each other. The match will take place on 5 JAN at 7:30 PM at Sheraton Grand, Whitefield in Bengaluru.

It is going to be a great match between Puneri Paltan vs Gujarat Giants. Both the teams had to face defeat in their last match. Puneri Paltan’s team had lost in the last match to Bengaluru by a huge margin of 11 points. Pawan Sehrawat had scored the highest points in this match. The PUN team has the worst performance in this season, they have played 5 matches so far and won only one match out of 5 matches, and in this match, the PUN team will fight for their honor from GUJ team. PUN points are at the bottom of the table.
The other team Gujarat Giants team is playing this season with full enthusiasm. He played his last match against Haryana team, in which he lost the match by 2 points. The match was in favor of GUJ team in the beginning, then Haryana team reversed the course of the match and defeated GUJ team by 2 points. In this match, Vikas Kandola had taken the most points for his team. GUJ team’s performance is much better than PUN team. Gujarat team is ninth in the points table with 13 points.

Mohit Goyat has been included in the team as a raider. He has played 4 matches so far for Puneri Paltan. And in those four matches, 22 points have been added for the team. His raid strike rate is 45%, and if he makes this tackle, then there is a 100% chance that that tackle will be successful. This is the safest player for your today’s match prediction team.
Rakesh Narwal is the raider of Gujarat team, he has played 5 matches so far in this tournament and has added 45 points out of 5 matches for his team. In which they have a 58% raid strike rate and a 40% tackle strike rate. This is the best player for GUJ VS PUN Prediction Team.

Avinash Nadarajan is playing as a defender right cover in the team. He has played 4 matches till now for team PUN and has earned 13 points in 4 matches. Out of which 40% is the raid strike rate. And with a 55% tackle strike rate, this is a safe player for the Dream11 Prediction team.
Rakesh has been included in the team as an all-rounder. He has played 5 matches and has added 36 points in 5 matches, is the safest allrounder for Dream11 Prediction Today Match.

Sombir is playing as a defender in the team, he has played 4 matches for the PUN team so far in this season and has earned 10 points in those matches. Their tackle strike rate is 45%. It’s a safe player for your prediction team.
Girish Maruti Ernak is the best defender on the team, he has played 4 matches this season and added 12 points in 4 matches for the team. His tackle strike rate is 46 percent. This is the safest defender for the Today Match Prediction team. 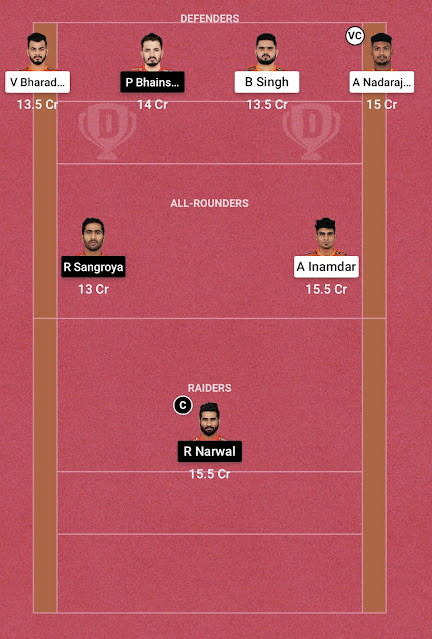 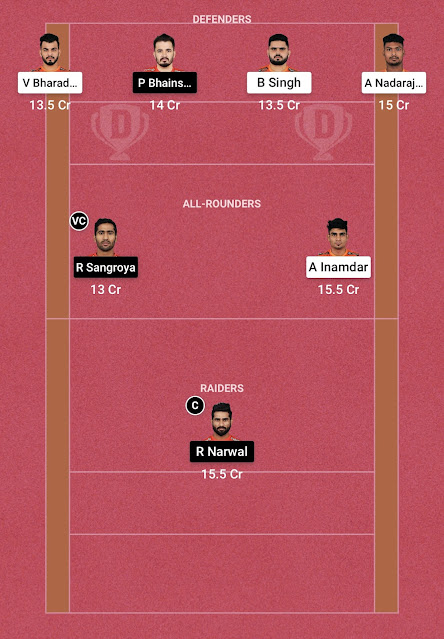