This is the 41st match of the Pro Kabaddi League. In this match, both the teams of U Mumba VS Telugu Titans will face each other. The match will take place on 8 JAN at 8:30 PM at Sheraton Grand, Whitefield in Bengaluru.

U Mumba vs Telugu Titans Pro Kabaddi Season 8 Match 41 is going to be a great match, TEL team had to face defeat by one point in their last match. The match in which the Delhi team scored 36 points and TEL could only score 35 points. Because of which he had to face defeat. TEL team is in very bad condition in this season as it has not won a single match in this tournament so far, it is at the bottom of the points table, the second team u Mumba played their last match in a tie, in this match both the teams got equal points. Were met. U Mumba has played 6 matches so far in this tournament and has won only 2 matches out of 6 matches. It is at 5th position in the points table with 20 points This team is much better than TEL if it comes to the prediction of winning, then U Mumba has more chances to win.

Match: MUM VS TEL ( U Mumba VS Telugu Titans)

Abhishek Singh is one of the best riders of the U Mumba team, he has played 6 matches so far in this season, and in those 6 matches, he has taken 44 points while raiding for the team. In which he has a 43% ride strike rate, this is the best player of your dream11 team prediction Telugu Titans are the team’s superstar raider, he has done everything possible to win his team, he is a very good raider, he has played 6 matches in this tournament and has taken 35 points in 6 matches in which his raid strike rate is 49%. . This is the safest player in today’s match for the prediction team.

Fazel Atrachali is playing as a defender in the team, he has added 12 points in only 5 matches in this tournament so far, he is a good defender, he has the ability to change the course of the match. This is the safest player in your Dream11 team. Rituraj Kumar has been included in the team as a defender. He has played 6 matches for the TEL team till now and has taken 12 points in these matches. This is the safe player for your mum vs tel dream11 prediction team 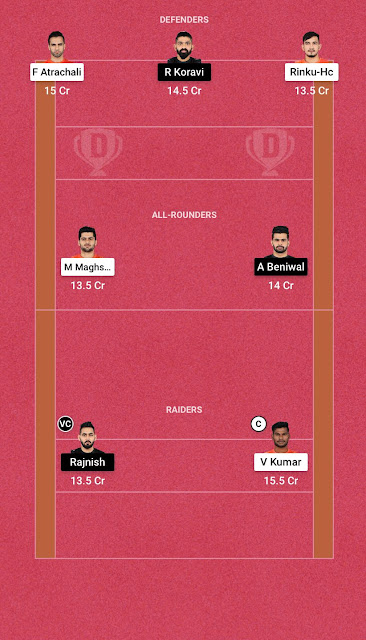 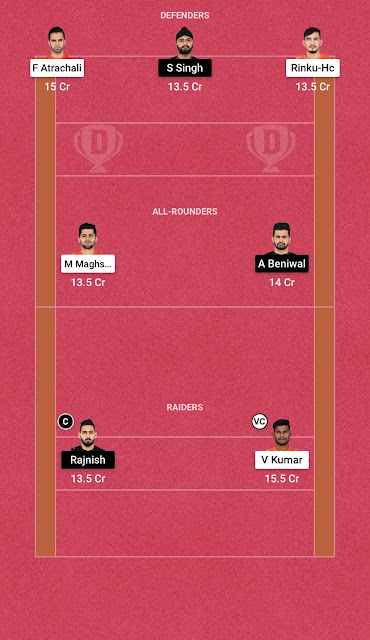