This is the 32nd match of the Pro Kabaddi League. In this match, both the teams of Haryana Steelers VS U Mumba will face each other. The match will take place on 4 JAN at 7:30 PM at Sheraton Grand, Whitefield in Bengaluru.

Haryana Steelers vs U Mumba both the teams are going to be face to face, this match will start at 7:30. And this match will take place at the ground of Sheraton Grand, Bangalore. Haryana Steelers have played 5 matches in this tournament and won 2 matches out of 5 matches and lost 3 matches and are at 10th position in the points table with 12 points. Haryana Steelers won the last match by 2 points.
U Mumba team has played 5 matches so far in this season. And won 2 matches in 5 matches. And lost 1 match. And 2 matches were tied. U Mumba is fourth in the points table with 17 points in this tournament. U Mumba team had tied the match with U.P Yoddha in their last.

Match: MUM VS HAR ( Haryana Steelers VS U Mumba )

Vikas Kandola had added 11 points in his last match, he is also the captain of the team. He had 17 raids in the last match, out of which 8 were successful. 2 had failed, 7 had failed. And also did 3 tackles together out of which only 1 has been successful. this is the safe player for your dream11 team.
Abhishek Singh is the player of the U Mumba team, he has played 5 matches in this tournament and has added 40 points for the team in 5 matches, his raid strike rate is 50%. 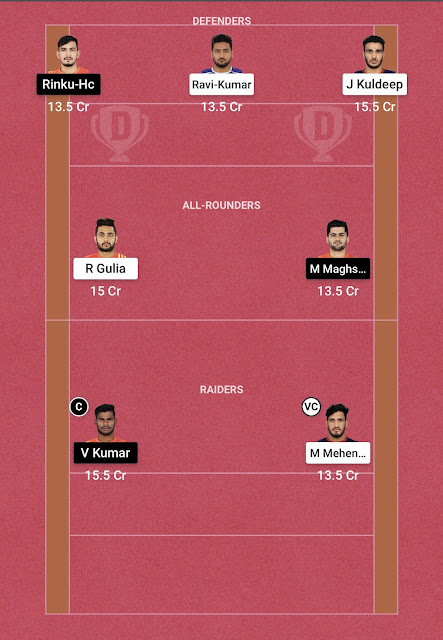 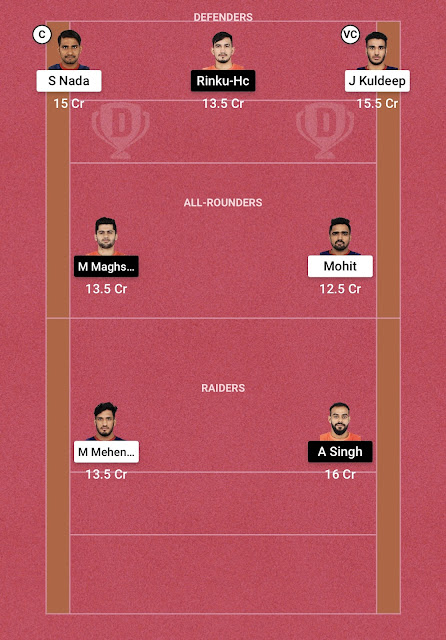