This is the 28th match of the Pro Kabaddi League. In this match, both the teams of Gujarat Giants Vs Haryana Steelers will face each other. The match will take place on 2 JAN at 7:30 PM at Sheraton Grand, Whitefield in Bengaluru.

Gujarat Giants vs Haryana Steelers Both teams will be face to face tomorrow match will be live in hoster at 7:30 pm Haryana Steelers team lost their last match in this match Opponent team scored 42 points only 28 points on other teams Can you Haryana team had to face defeat in this match by 14 points. Haryana team has played 4 matches in which it was able to register a victory in only 1 match. And had to face defeat in 3 matches. It is ranked 11th in the points table with 7 points.
The second team Gujarat giants team had tied their last match and could not get any result of this match. Gujarat giants won one match in 4 matches and lost in 1 match. There was no result of 2 matches. It is at 7th position in the points table with 12 points.

Haryana team has been able to win only one match in this tournament, Haryana team coach Rakesh Kumar has made some changes in the team against Gujarat team, where is he that the team will start fast this time. Haryana’s team is looking forward to its second win in this match.

Vikas kandola is a Raids, he managed 7 rides out of 13 Raids in the last match. and was unsuccessful in 4 Raids. And 2 Raids were empty. He has added 7 points in this match. It is a safe player for your dream11 prediction
Rakesh Narwal is a Raids, he added 13 points for the team in his last match, out of which he did 17 Raids. Out of which 8 Raids were successful and 2 rides were unsuccessful and 7 Raids were empty. This is the safest player for your dream11 prediction. 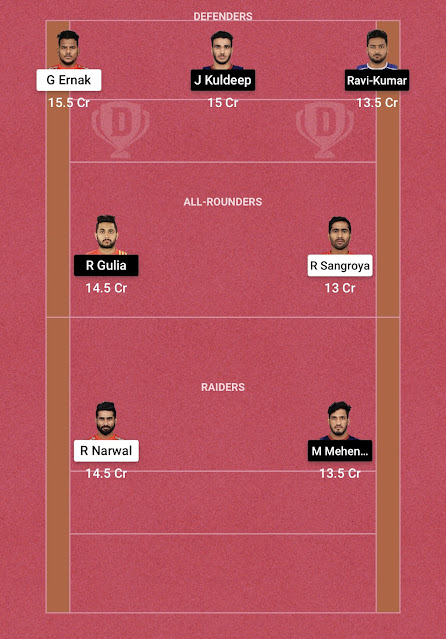 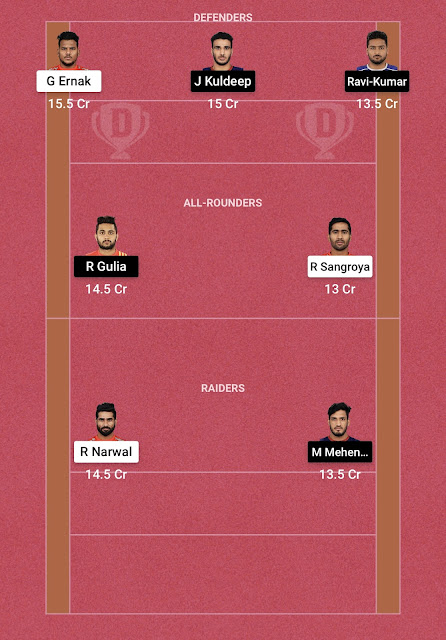