This is the 45th match of the KFC Big Bash T20 League 2021-22. Melbourne Renegades vs Sydney Sixers will face off in this match. The match will be played on January 11 at 1:45 PM at GMHBA Stadium, Geelong, Australia.
If you have come to us while searching for your prediction team, then we have given some updates and tips for you for the best dream 11 teams for today’s match, scroll down and read our suggestions and make your team the best.

45 more match of Big Bash League is to be played between Melbourne Renegades and Sydney Sixers, before this both the teams were going to collide earlier but due to increasing Covid-19 cases, the match was postponed. So this team is going to be face to face for the first time in this league, hopefully, this match will happen and not be carried forward. Melbourne Renegades played their last match against Sydney Thunder, in which they had to face defeat, Renegades had to face defeat by 129 runs in this match. In that match, Renegades decided to bowl first after winning the toss, but Sydney Thunder’s batsmen proved their decision wrong and set a target of 210 runs on the scoreboard. Daniel Sams scored the highest 98 for Thunder, Kane Richardson took 2 wickets while bowling brilliantly for Renegades.

The Renegades team, who came to play the second innings, lost the wicket of their opener in the opening over itself. After that, he lost his second wicket in a few overs. After that, their wickets were scattered like addresses one after the other, and the team piled on the personal score of 80 runs, scored the most 25 runs from James Seymour on behalf of Renegades. His team would not have been happy to see such a disappointing performance by the Renegades batsmen.

Sydney Sixers had their last match against Perth Scorchers in which they had to face defeat, in that match Sixers won the toss and decided to bat, they batted well and scored 151 runs in 20 overs at the loss of 4 wickets were given. Scorchers opener Josh Philippe helped the team get off to a good start and his opening partner Justin Avendo put on a fifty for the first wicket. After this, his team could not get a good partnership and where the team was thinking of a score of 170+, it remained up to 150 only. The Scorchers’ bowlers also bowled well to prevent the team from scoring big scores. The Scorchers’ team, who came to play the second innings, had easily achieved this given target, they achieved this target with one over remaining, although their 5 wickets also fell their batsmen did not let the pace of their runs slow down and goal achieved Sixer’s bowlers bowled well but they could not stop the Scorchers’ batsmen from scoring runs, although they gave their team the middle of the wicket, they could not avoid their defeat, Todd Murphy from Sixer’s side economical bowling.

The Melbourne team this season has not been as good as it is known for. He is in the 6th position in the points table. If he wants to stay in the race for the trophy, then he has to win the remaining matches.

The Dream11 team prediction of this match between Melbourne Renegades and Sydney Sixers is given below in our article.

This match is to be played at GMHBA ground, but spin bowlers may get a turn so that the batsmen may feel some problem in reading the ball, but the average score of the team playing the first innings is 135.

It is very important to win the toss on this because dew can be seen in the second innings due to which the batsmen will get the advantage and they can score more runs, so fielding after winning the toss on this can be a good option.

AARON FINCH – Aaron Finch has shown a great performance in this league, this time the bowlers of many teams have broken their backs, bowlers are also afraid to bowl them, they were in good form in their last 3 matches. Hope he continues his performance as well and will help his team to win more matches than most.

DAN CRISTIAN – Dan Christian has done his all-rounder performance very well, he has broken the back of the front team with both bat and ball, if he does not walk with the bat, then he goes on doing something with the ball and performed the same way ahead of him. is expected.

NIC MADDINSON – Nick Maddinson has also captained the Renegades in this applicable league, as well as his all-rounder performance, he has contributed a lot to the team’s victory, he takes wickets in every match, hopefully, he will both ball and bat in the coming matches. look amazing from.

ZAHIR KHAN – Zaheer Khan is Afghanistan’s young spin bowler, he has caught many big players in his spinning balls in this season, his balls are not understood by the batsmen and they get caught in their tracks, they perform the same in this match too. is expected

HAYDEN KERR – Hayden Kerr is known for his fastballs, good batsmen are not able to stand in front of his balls, his yorker ball is very accurate, once Arjun misses his target but he does not miss his yorker, he played his last. He has shown very good performance in the matches, he is expected to bowl in the coming matches

SCO VS STA: Top 5 players who have been picked the most in dream11. 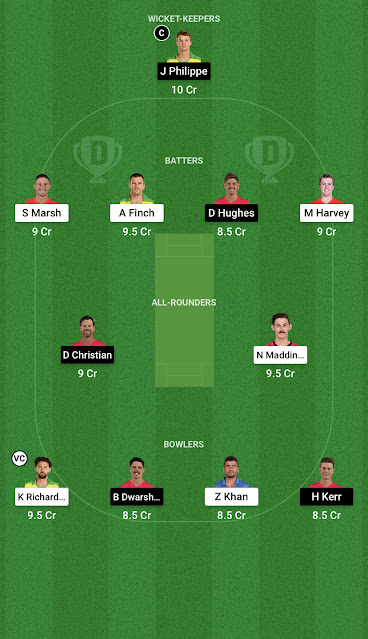 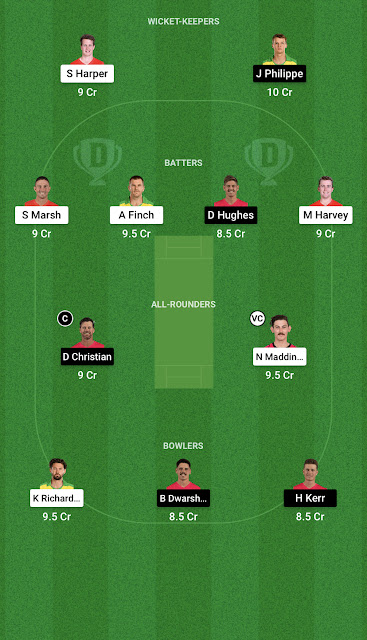 Which team is more likely to win – REN VS SIX

The probability of winning six vs REN team is of SIX teams because SIX teams have won their last 2 matches in a row REN vs SIX Both teams have competed 4 times so far, first of all, was on 2 Jan 2020. And the second match took place on 25 Jan 2020, both of these matches were won by the SIX teams when these two teams have faced each other when the six-team has defeated the REN team.