This is the 25 match of big bash league which is played between Sydney Sixers and Brisbane heat .this match was played on 29 December at  12.30 pm.

Sydney Sixers  Play Their Last Match Against Thu In this match, Sydney score 168/4 and won by 30 runs.

The heat played their last match against str in which heat scored 208/7 and won by 39 runs Sydney sixers is in 2nd position in the points table on the other side heat is in 6th position of the points table.

the match will be played at Sydney Cricket Ground and the pitch is good for batting and the pacers bowlers also get good help from the pitch. The avg score on this pitch is 191 in 1 inning.

Ben Duckett played well in batting and scored 2 half-centuries in the last 2 matches he scored 192 runs in the total tournament with a strike rate of 143.28. He is a left-hand batsman and in good form

Sean Abbott takes 8 wickets in 4 matches and he is the second leading highest wicket-taker in this tournament .abbot become second bbl player to take 100wickets for one club 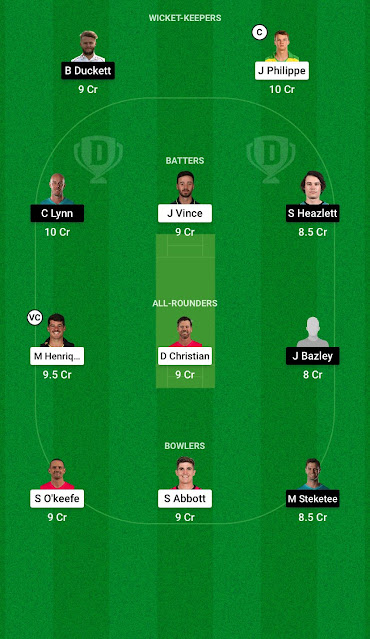 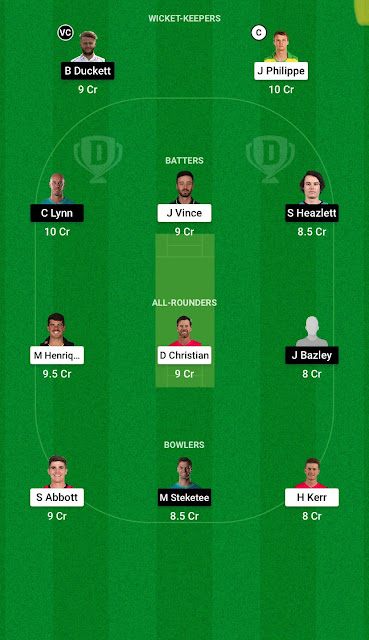