Why did de Kock retire during the test series?

Yesterday, the Indian cricket team registered a historic victory by defeating South Africa by 113 runs in the first test match. Everyone is happy about this victory of India. But after the end of this test match, South African batsman and wicketkeeper Quinton de Kock has announced his retirement from Test cricket. 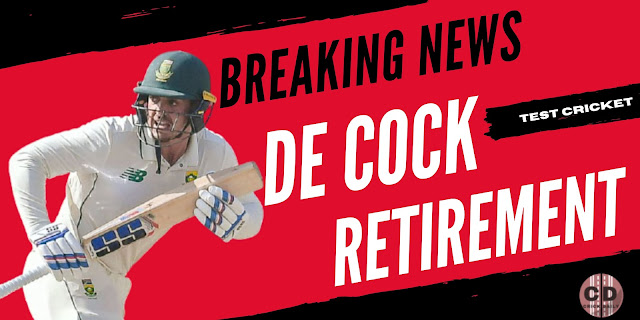 Why does Quinton De Kock not play?

South African batsman and wicketkeeper Quinton de Kock has said about his retirement.”This is not a decision that I have come to very easily. I have taken a lot of time to think about what my future looks like and what needs to take priority in my life now that Sasha and I are about to welcome our first child into this world and look to grow our family beyond that. My family is everything to me and I want to have the time and space to be able to be with them during this new and exciting chapter of our lives”.
“I love Test cricket and I love representing my country and all that it comes with. I have enjoyed the ups and the downs, the celebrations, and even the disappointments, but now I’ve found something that I love even more”.