OV VS AA will face off on December 29 in the Dream11 Super Smash T20 League 2021-222. Otago Volts have lost their last match by 5 wickets, have played 6 matches in this tournament so far out of which 1 won, 4 matches lost, and 1 match was tied, this team is performing very poorly in terms of points. This point is at the bottom of the table.

Whichever of the captains of both the teams wins the toss will want to bat first on this pitch.

JJ Tasman-Jones has scored 107 runs in 5 matches in this tournament, he scored 35 runs in 26 balls in his last match.

Hamish Rutherford is also the captain of this OV team, he has scored 113 runs in 5 matches so far and has also taken 2 wickets together, he is a safe player for Dream11 Prediction team, you can keep him in your team.

Anaru Kitchen has played 5 matches so far and has scored 86 runs in 5 matches and has also scored a half-century and has also taken 8 wickets while bowling, it is a great allrounder, it is a safe player for Dream11 team.

Michael Rippon is a great allrounder, he has played 5 matches so far and scored 165 runs in 5 matches, and also took 3 wickets while bowling.

Martin Guptill has played 5 matches this season and scored 185 runs in 5 matches, he has the ability to score runs in every match. don’t forget to take them.

Louis Delport is a good bowler, he has taken 7 wickets in 4 matches, he is taking wickets in every match. Wickets will also come out in this match 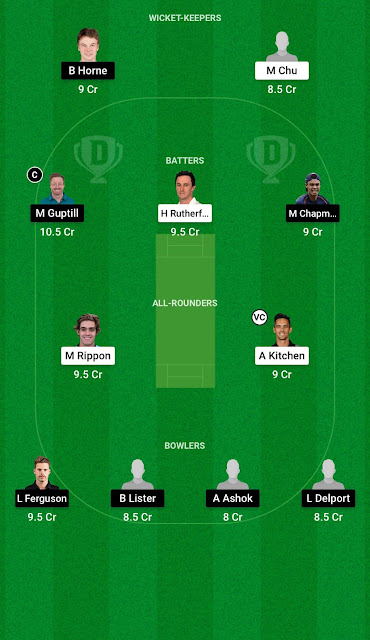 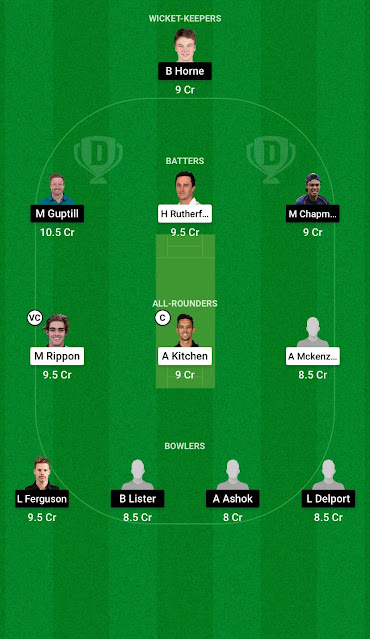