OS-W vs AH-W will face off on December 29 in the Dream11 Women’s Super Smash T20 League 2021-222. Both the teams had to face defeat in their last match. Otago Sparks lost their last match by 66 runs. Sparks has played 6 matches so far, out of which they have won 5 matches, are second in the points table with 20 points.

Second team Auckland Hearts lost their last match by 14 runs Auckland has played 4 matches in this tournament so far out of which they have won 2 matches and lost 2 matches. In the points table, they are in the third position with 8 points.

Suzie Bates has scored 77 runs in 3 matches and also took one wicket.
Katey Martin has scored 106 runs in the last 5 matches, she can score runs in every match, she is a safe play for your dream11 prediction team.

Katie Perkins has scored 128 runs in 5 matches. Holly Huddleston has scored 129 runs in the last 5 matches and has also taken 5 wickets, this is the best allrounder on the team.

Anna Peterson has taken 6 wickets in 5 matches and has also scored 51 runs, second bowler Jasse Prasad has taken 4 wickets in the last 5 matches. 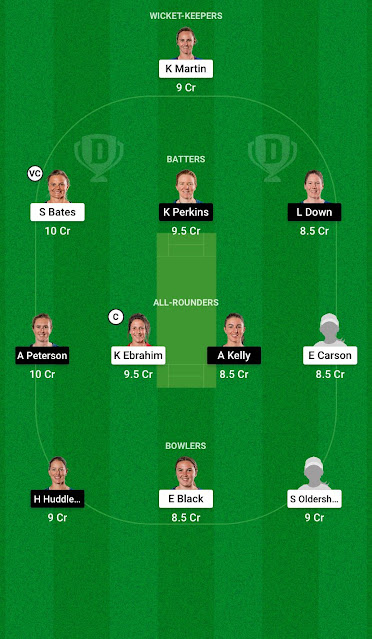 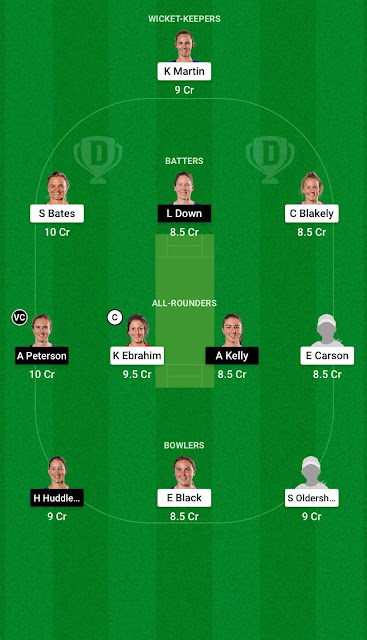