Tim David is a great batsman, he has scored 279 runs in 14 matches at an average of 31 in the last edition.
James Vince had scored 44 runs in 29 balls in the last match.
In the last match against Team Melbourne Stars, Moises Henriques remained unbeaten on 76 off 38 balls.
D’Arcy Short took 345 runs and 8 wickets in the previous edition 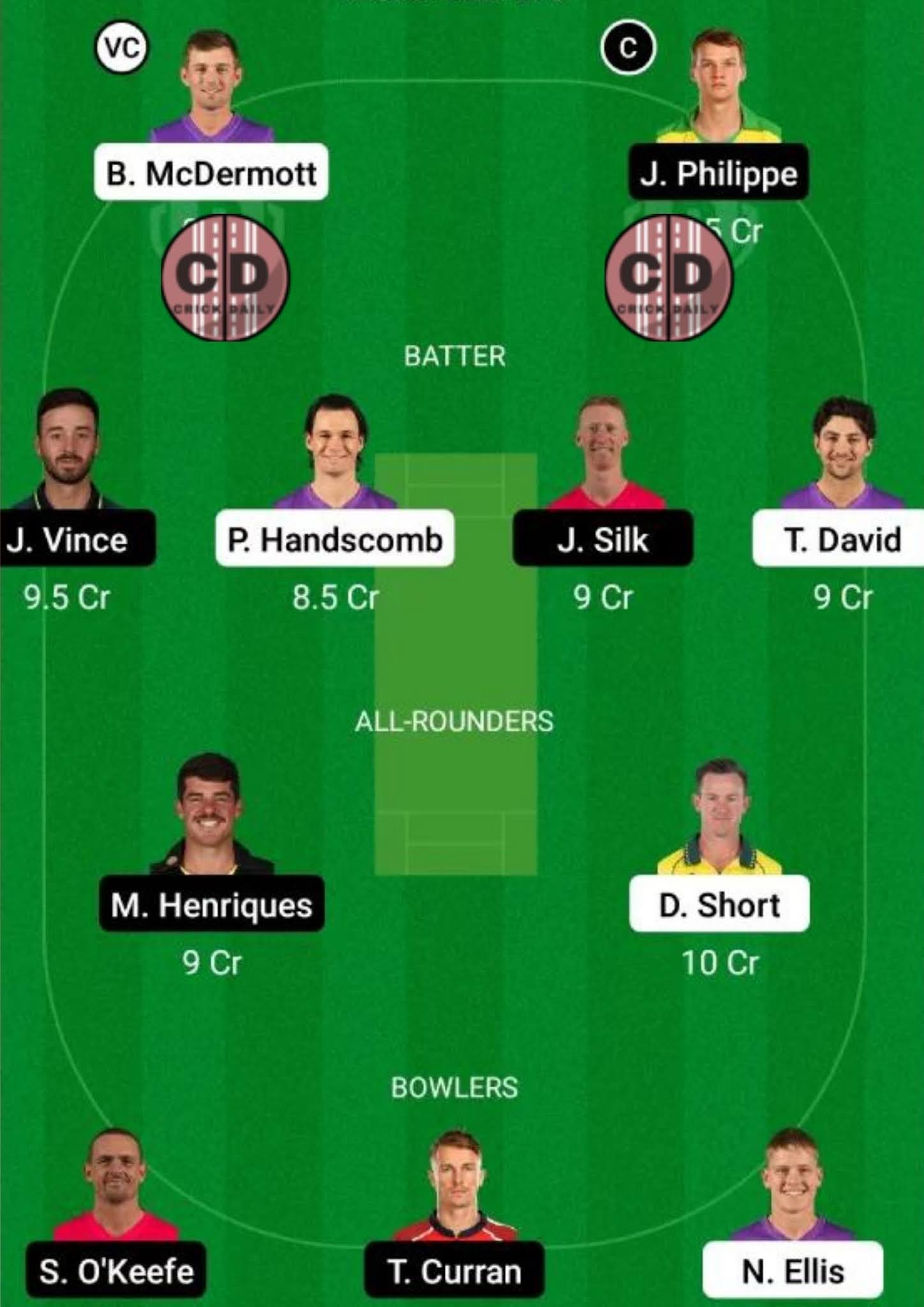 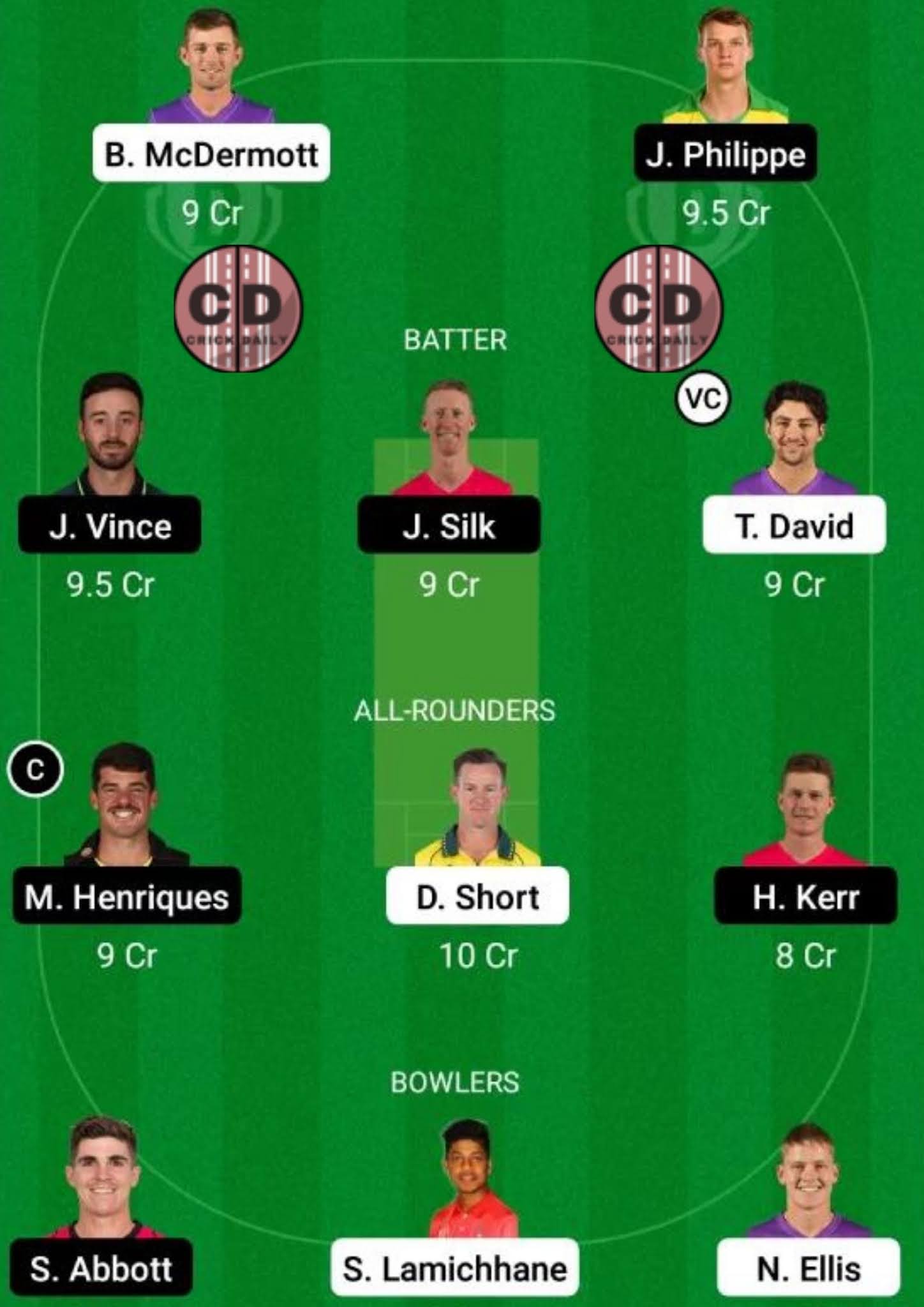