In CS VS AA Dream11 Men’s Super Smash 2021-22, both the teams will face each other on 27 DEC. Both CS and AA teams have registered victories in their last match. Central Stags’ last match was with Otago Volts team, in which Central Stags batting first, CS team scored 180 runs in 20 overs at the loss of 4 wickets.
Otago Volts, who came to the last of the score, got out for 127 runs. Central Stags team beat Otago Volts team by 53 runs. Like the Cs team, Greg Hay scored the highest run scored 76 runs in 55 balls. Dane Cleaver scored 45 runs. Central Stags bowlers also did wonders, seth rance took 5 wickets for 19 runs in his 3.5 overs. Tom took 3 wickets.
The other team, Auckland Aces, had won their previous match. Auckland Aces’ last match was against Wellington Firebirds team. Batting first, AA scored 134 runs in 20 overs, chasing the score, team WF could only manage 121 runs in 20 overs. Mark Chapman scored 55 runs for AA team Second batsman George Worker scored 23 runs to set up a strong score for his team

CS VS AA T20 Today Match Pitch Report, Palmerston North’s pitch will be of great help to the batsmen. Batsmen will be able to take full advantage of this pitch. Bowlers will have to work hard to get wickets on this pitch.

CS VS AA Today Match Toss: Whichever of the captains of both the teams wins the toss will want to bat first on this pitch.

Mark Chapman is a good batsman, he scored a half-century in the last match. Scored 55 runs in 48 balls for his team, including 3 fours and 1 six, he is the best player for Dream11 prediction.

Greg Hay had scored a half-century in the last match. He scored 76 runs in 55 balls. Scored runs at an average of 138.2 with the help of 10 fours and 1 six and is expected to score runs for the team in this match as well.

For the team, Seth Rains took 5 wickets for 19 runs in 3.5 overs. Another bowler Tom Bruce gave away 9 runs in 2 overs and also took 3 wickets. Both the bowlers have done well for the team. 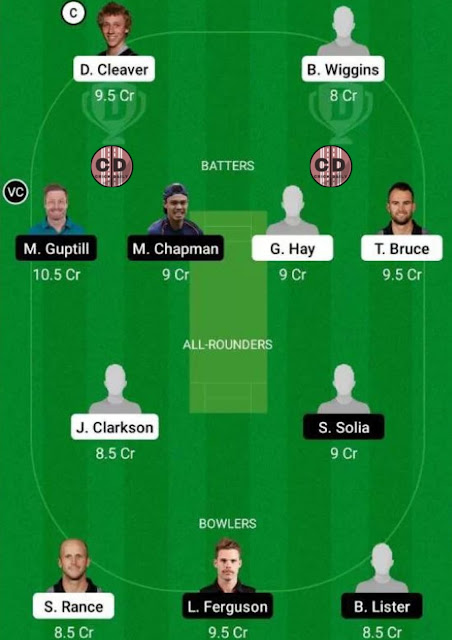 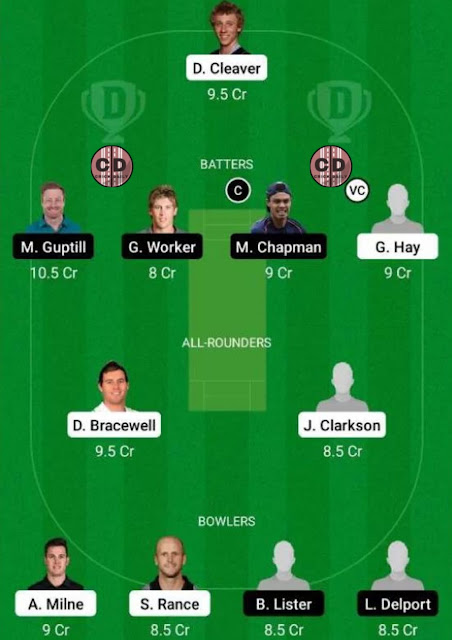