CH-W vs NB-W will face off on December 29 in the Dream11 Women’s Super Smash T20 League 2021-22. The central hinds team won their last match against Auckland by 14 runs. Batting first, Central Hinds scored 127 runs in 20 overs at the loss of 5 wickets. Chasing the score, the opponent team could only score 113 runs in 20 overs and lost the match by 14 runs. Natalie Dodd scored 57 runs for the CH women’s team, the other batsman supporting her, scored 32 runs and made a good score for the team.

The second team Northern Brave Women played their last match against the Canterbury Magicians team in which the NB women team lost by 16 runs. In this match, the Opponent team, batting first, scored 142 runs in 20 overs. Chasing the score, the team could manage only 126 runs in 20 overs. Kate Anderson scored the most runs from Northern Brave in this match, 49 runs, she missed the half-century by 1 run in this match.

Brooke Halliday has played 3 T20 matches so far and scored 27 runs and took 6 wickets, he is a good all-rounder.

Kate Anderson has scored 120 runs in 4 matches in which 1 wicket was also taken. Lucy Boucher scored 37 runs in the last 4 matches and also took 1 wicket.

Eimear Richardson is a good all-rounder, he scored 80 runs in 2 matches and also took 2 wickets, he can score runs and take wickets. This is a safe player for your dream11 prediction.

Nancy Patel played 5 matches so far and scored 117 runs in 5 matches and took 9 wickets together.

Cate Pedersen has played 3 matches so far this season and has scored 65 runs in 3 matches. This is the safe player for your Dream11 team.

Georgia Atkinson had scored 32 runs in her last match. Kerry- Anne Tomlinson has scored only 33 runs in 4 matches, there has been a little poor performance. 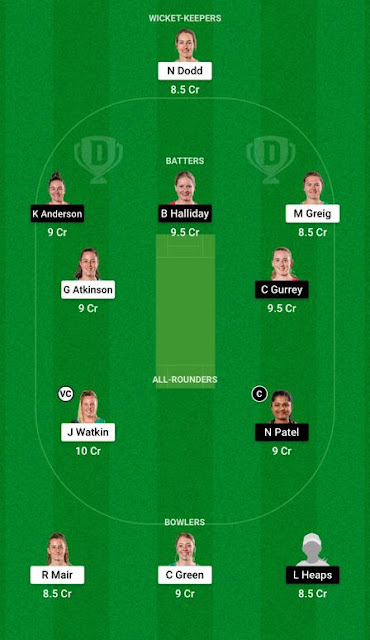 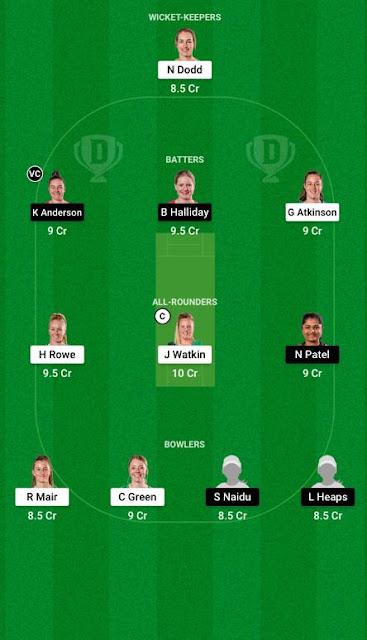